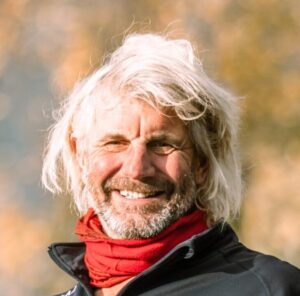 It is with great sadness that we have to inform you all that Gary Richards lost his fight for life on the 24th January 2023 aged 57 years.

What a difference a year makes! It was only 1 year and 3 days since Gary, as part of the Wrekin Rowers team finished the Talisker Whisky Atlantic Challenge, a row of 3,000 miles across the Atlantic Ocean.

During the last couple of days of our row, Gary stated he thought he had pulled a stomach muscle. This got worse after we finished, and when Gary returned to the UK, he was diagnosed with terminal Duodenal Cancer giving him a life expectation of 3-4 months. Gary, being the strong and determined man that he was, fought this dreadful disease much longer than expected, allowing him to see his younger brother Stuart (also one of the team) get married, carry the Commonwealth Games baton, again with Stuart and to spend one final Christmas day with his family.

Gary was an extremely well known and liked personality in the Telford area where he lived. Whilst never afraid to stand up for himself and his family, what shone through to everyone who knew him well was his caring and kind personality. Combined with his determination to succeed in whatever he did, Gary was one of those rare people that just made things happen and helped other people along the way. He epitomised the phrase ‘if you can be one thing, be kind’.

His passing also shows what Gary believed about life in that you should fulfil your dreams whenever you can and not keep putting them off until tomorrow as you never know what tomorrow brings. It is a small comfort that one of the final things Gary took part in was a wonderful adventure doing something crazy and supported by so many people when he was doing it.

Severn Hospice were one of the charities Wrekin Rowers raised money for. We never expected that one of our own team would need to make use of the wonderful care they offer our community so soon. We would like to thank them for everything they have done for Gary during his last weeks with us.

Gary leaves behind his partner Alyson, his brothers Dave and Stuart and his father Mick, as well as all of the other members of what is a very close and loving family. Our thoughts are with them at this time.

We are funding the full cost of entering this race ourselves. We promise that any donations we receive will be used entirely to help our two chosen charities

We are just 4 normal people with a limited rowing background that want to achieve something different. Fewer people have rowed an ocean than have climbed Mt Everest.

We would like to thank everyone who has donated so far, and in particular these sponsors:

We know we are not Olympic Athletes but why should that stop four determined people achieving something spectacular?. This is how four ordinary people ended up committing to do the Talisker Whisky Atlantic Challenge starting in December 2021.

Living within a few miles of one another in the beautiful county of Shropshire, we can all see the Wrekin landmark from our homes – this inspired us to call our team Wrekin Rowers.

All of the crew have been involved in setting up their own businesses during their careers which are all based in Shropshire and it has been inspiring to the whole team how much other local businesses have supported us. As part of our comittment to all of our supporters, we are guaranteeing that all of the money raised will go either directly to the charities or only be used to help gain more exposure to allow further money to be raised. All costs associated with the participation in the event are being paid by the team themselves.

We are proud to be raising money in aid of: 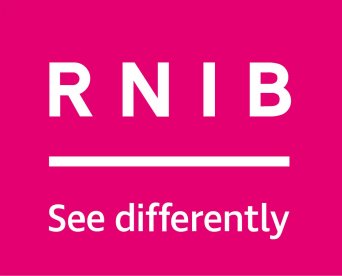 We’re the Royal National Institute of Blind People (RNIB), one of the UK’s leading sight loss charities and the largest community of blind and partially sighted people. We recognise everyone’s unique experience of sight loss and offer help and support for blind and partially sighted people – this can be anything from practical and emotional support, campaigning for change, reading services and the products we offer in our online shop. We’re a catalyst for change – inspiring people with sight loss to transform their own personal experience, their community and, ultimately, society as a whole. Our focus is on giving them the help, support and tools they need to realise their aspirations. Everyday 250 people begin to lose their sight. RNIB has a crucial role to play in creating a world where there are no barriers to people with sight loss. We want society, communities and individuals to see differently about sight loss. 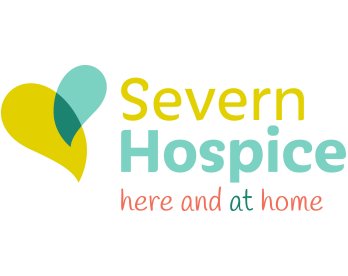 Severn Hospice gives specialist care and support free of charge to families across Shropshire, Telford & Wrekin and Mid Wales who are living with an incurable illness. We support families through the good days and bad days because we believe that when cure is no longer possible, care is. Since 1989, we have given free care and support to more than 34,000 people and their loved ones during their time of greatest need. We now help more than 2,000 local people every year. Our hospice is part of health services offered to people living in Shropshire, Telford & Wrekin and Mid Wales but we are not part of the NHS. We are a completely independent charity, having to raise around two-thirds of our running costs. All of the care we provide to thousands of people every year is only possible thanks to the generous support we receive from the communities we serve. Our services are funded through a combination of kind donations from local people, fundraising activities, our lottery and retail departments, gifts in people’s wills and grants from the NHS.

Welcome to the Wrekin Rowers Crew 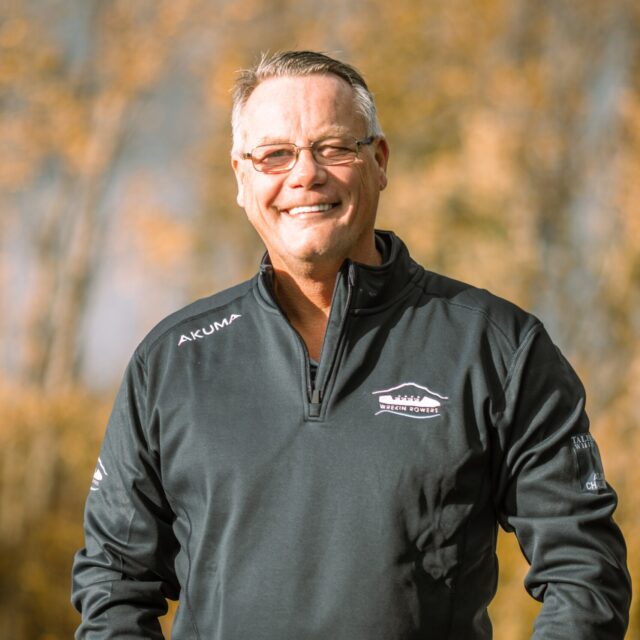 I have been rowing since my early 40's, starting with an ergo and finally sea rowing in a Celtic rowing boat. Married to Julia for the last 30 years and with two grown up daughters (Tori and Amy), family life is extremely important to me and without their full support I would not be putting myself forward for this challenge. Having built a software business over the last 30 years with a lot of great people to help, I decided to sell it in January 2019 to allow me to move onto other things and will take more time in 2021 for this to ensure that I fulfil my part in this tremendous crew. We are all members of Shropshire Adventure Rowing Club (SARC) through which we have taken part in many adventures already with a whole bunch of like minded and some would say crazy people. 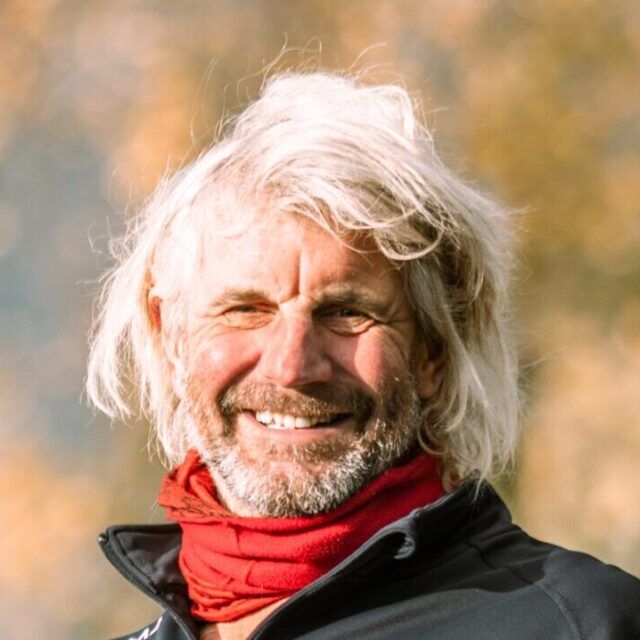 Exciting times ahead I am always up for a challenge and to do it with my brother, Martin and Stuart. We shall make an amazing four. The training help and encouragement is going to be a roller coaster. Defeat isn’t in our vocabulary. Glasses up to adventures ahead salty seas and strength in mind and arm. 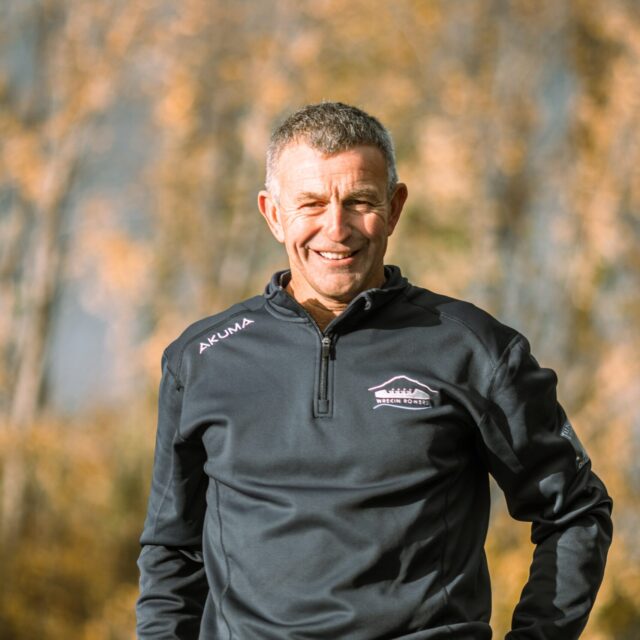 After becoming visually impaired in my early 20s my life took a major setback. With a massive help from my family. friends and sport I rebuilt my life. I have completed and attempted many challenges and events since then but I did not think this would be within my capabilities back then. After indoor rowing for many years i’d read about the Atlantic race. It amazed, thrilled and excited me. After joining SARC and rowing in various events with friends with similar ambitions, the Atlantic became closer. Life and friends have come together and it looks like we may have a chance to get to the start (and hopefully the finish!). 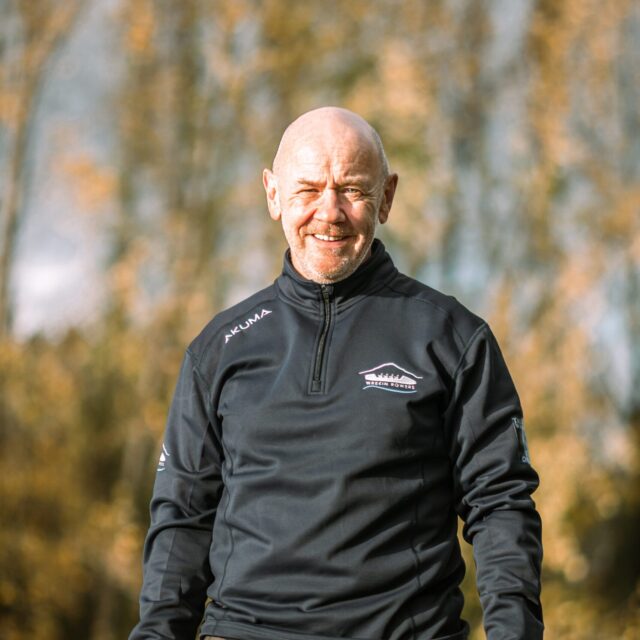 I'm Martin Skehan, Married to Lynne and formerly married to my late wife Becky who passed away in 2010. Lynne too lost her Husband, Mike, in 2010. I Have two children, Joseph (28) and Isobel (26) and two step sons Adam (31) and Matt (29). Lynne and I feel blessed that we have been able to move forward together after our previous long and happy marriages both ended by the untimely and heartfelt loss of our loved ones. For both of us part of our restorative journey together has been exercise and fitness. This has engendered in me a love for having a goal and a challenge. Rowing, initially indoor and more lately outdoor and maritime rowing has been a focus for my exercise and has brought me into a friendship group of like minded individuals who I am proud to join as a team. We are proud to be known as the 'Wrekin Rowers' looking to take on the biggest challenge of our lives. What more of a challenge could you want and particularly in these times, when the opportunity presents, "Grab It!"

"“The same boiling water that softens the potato hardens the egg. It’s what you’re made of. Not the circumstances.”"

See us in Action